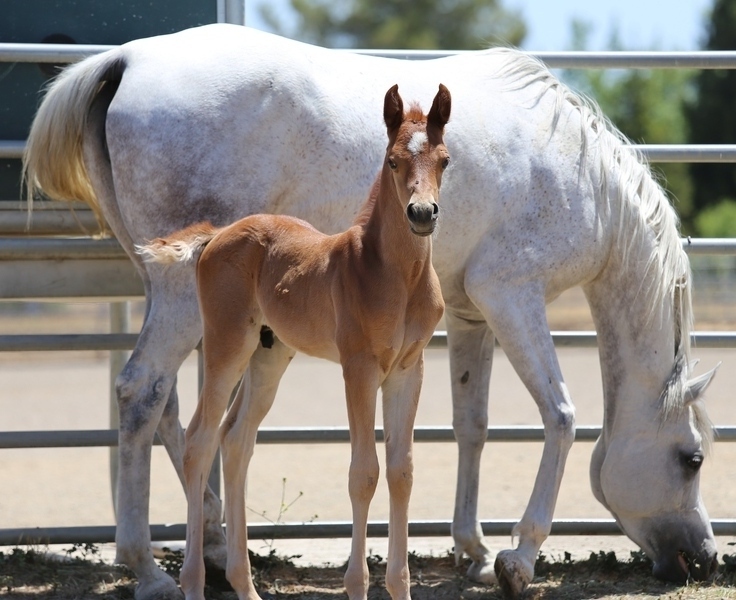 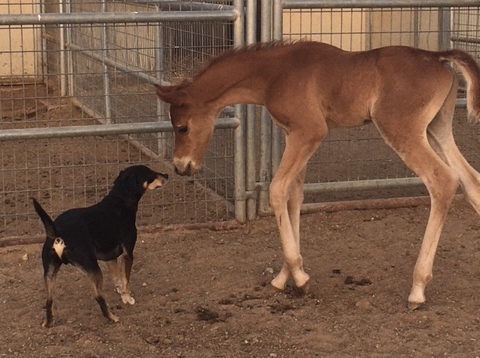 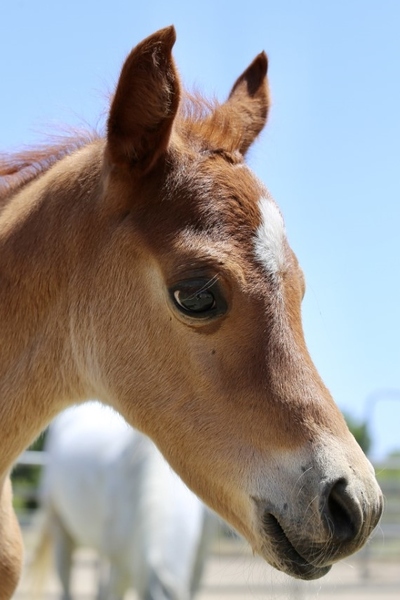 A Breeding Ownership Opportunity of a Lifetime

Here is your chance to own a Kamal Ibn Adeed son out of an Ansata Sheikh Halim daughter.
Kamal Ibn Adeed was Champion World Class Colt and Champion SE Yearling Colt as a yearling. As a 3 year old, he was the 3 Year Old World Class Champion. Ansata Sheikh Halim is one of the standing stallions at Bait Al Arab Kuwait State Stud. "Kabeer" is truely a breeding opportunity in the making. He will bring elegance and refinement to any breeding program.
Both Kabeer's sire and grand-sire are now in the middle East, leaving the number of Kamal's stallions in the US limited, and only one other by his sire is a Chestnut.
Kabeer has a nice carriage, with a wonderful extended neck, short back and long straight legs. His large eye and pretty head comes from his dam, who has a wonderful conformation and attitude she has passed on to Kabeer.
Kabeer has had a lot of handling since birth. He puts on his halter, walks on a lead, picks up his feet without issue. He's been in/out of the trailer and on/off a floor scale routinely. He's proficient at leading, backing up, pivoting, and stretching his neck to both hips, and between his legs. He's very polite and not mouthy or nippy.

Don't let this opportunity pass you by to own a truly wonderful breeding stallion-to-be!

A Breeding Ownership Opportunity of a Lifetime

An Ansata Sheikh Halim son just for you!